I Remember their Stories 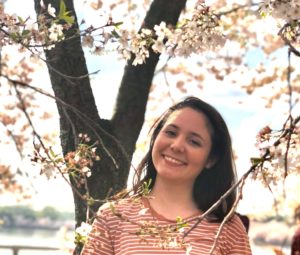 I often get asked what it’s like to work with children and families who were forcibly separated at the border, and I have yet to find an answer that really illustrates my experience. It is rewarding, impactful, amazing, traumatic, stressful, heartwarming, heartbreaking, and much more. Every family and child I talk to has had an effect on me, and it’s hard to describe every impact. I don’t remember the exact dates I talk to clients or even all the names of all the children I’ve spoken to over the past two years I have been at KIND, but I remember their stories.

I remember speaking to the mother of two boys, Jason, 15, and Sam, 11. I felt a sense of loss as she told me their story. She described how they fled to the United States to escape being murdered. Her voice trembled as she talked about how she had to leave her stepson behind because she had no proof that she was his primary caretaker. The next day he was murdered by the people who threatened to kill her family.

She described how as soon as she arrived at the U.S.-Mexico border, she was forcibly separated from Jason and Sam. Despite her pleas to stay with them and for medical attention for a bleeding wound from a recent surgery in her home country, immigration officers put her onto a bus that took her to Mexico. Jason and Sam were placed in an Office of Refugee Resettlement Shelter (ORR) where they remained for close to six months. She was reunited with them soon after they were released. I felt sadness knowing their suffering did not have to happen and that they would live with this trauma their entire lives.

While Jason and Sam were separated for months, too many families have been apart for years, and some may never be reunited. It’s almost too much to think about: children who will have to figure out how to live without their parents due to the intentional actions of the United States.

I remember the first time I met Sarah, Felicity, Jules, and Cassey, four sisters who fled Honduras with their mom who was being threatened by the man who raped her. The girls were forcibly separated from her shortly after they arrived at the U.S.-Mexico border in 2018.  Sarah recalls how her youngest sister, Cassey, who was seven at the time, screamed as she was ripped out of her mother’s arms by Customs and Border Protection officers. None of the girls had ever been apart from their mother before. All four sisters were taken to an ORR shelter where they remained for about a month. After several months in an adult detention center, their mom was deported back to Honduras and forced to live in hiding.

I was visiting the girls at their home, where they had been living since they were released from government custody. They greeted me with big smiles and gave me a tour of the house. Cassey showed me her room and some of her drawings of her favorite anime characters. I noticed colorful birthday balloons above their dining room table, and Sarah, the oldest, explained that they had just celebrated Jules’ 16th birthday. She added that they didn’t really like their birthdays, and that their mom usually gets upset on their video calls when it’s one of the girls’ birthdays.  I asked her why she doesn’t like to celebrate, and she explained that even after three years of separation, she still wasn’t used to celebrating without her mom.

It was always hard for me to hear them talk about how much they missed their mom because there was nothing I could do or say to help them feel better.

Sarah and her younger sisters lived through three birthdays without their mother. They had to wake up every day for three years knowing that their mother was in constant danger of being murdered.

When the Biden Administration established the Family Reunification Task Force in 2021, it created a program in which separated parents could be reunited with their children in the United States through humanitarian parole. When I learned that the girls’ mom could return through this process, I felt a huge sense of relief and happiness for the girls. The girls were beyond excited, alternating between tears and laughter.

My colleague KIND attorney Esther Araya and I had the privilege of accompanying the girls to the airport on the day they were going to be reunited with their mom.  The girls were incredibly nervous and excited, and I was just so happy that they were going to get their mom back.

It was one of the most extraordinary days of my life. I held back many tears that day, especially when the girls finally embraced their mom after so long. It was an incredible moment that I can’t put into words.

It made me feel grateful that I am part of an organization that helped this family, and many others, be together again.

So, what is it like to work with these families? I have come to realize that it’s a path of constant uncertainty – about the outcome of a client’s case, whether they will reunify with the child they were forcibly separated from, and if they will ever get justice. I cannot help but also think about the time the children lost with their parent and that the parent missed with their children that they will never get back again.

I can only hope that one day all the separated families will be together again and living in safety and stability. Until then I will continue to do all that I can to help them get there.